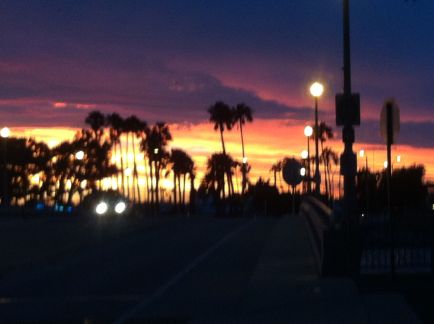 Los Angeles has had a special meaning for me ever since I first visited the US with my family in 1976. We arrived just after the two hundredth anniversary of the Declaration of Independence. I have returned to California several times, and, thirty-nine years later, I have known the country for more than one-sixth of its period of independent existence. The title of this blog, Living in the Future Present, derives in part from the formative experience of living and working for a year in Southern California. The movie that I made during that year, Spirit of ’77 in Los Angeles, conveys something of the buoyant sense of possibility – of “something evermore about to be” (to quote Wordsworth in a very un-Wordsworthian context) – that pervaded me then and remains despite the vicissitudes of experience.

I just spent a week in California with good friends, some of whom I have known for 39 years. In future posts I shall share the new video I shot of LA and its environs and try to discern the source of its ambience. This post is to thank the friends old and new who hosted me in various ways from 26 June to 4 July 2015 – culminating with the Fullerton Independence Day fireworks.