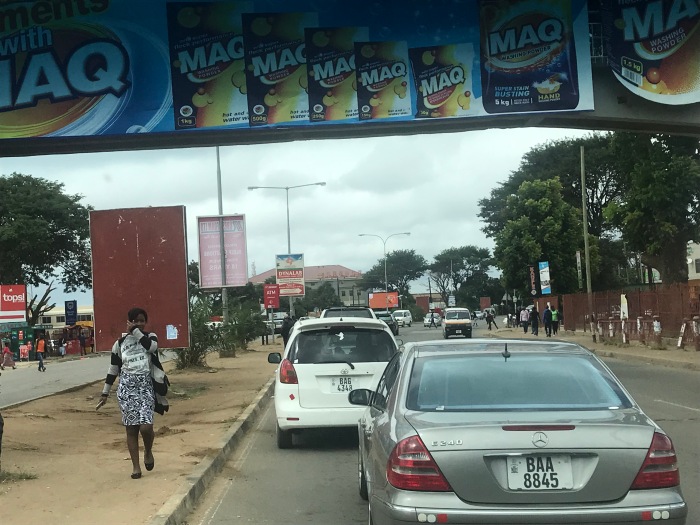 Nearly five decades ago, when I left university, I wanted to teach in Zambia. The prospect offered adventure in an apparently stable African country, using my interests in language and education to do some good. But other interests and adventures intervened: I got married and began my career teaching in England. This year, I fulfilled my Zambian ambition.

Despite its long name, TTCSZ (Training Teachers for Community Schools in Zambia) is a small charity, set up in England on the initiative of Lyn Hall from Huddersfield University with her friends Dr. Christine Mushibwe and her husband Shadrick.  The charity has trustees in both the UK and Zambia. The purpose of the charity, as the name suggests, is to prepare local teachers for the challenging task of teaching large classes in primary schools which are not funded by the state. I understand that “community schools” provide more than 40% of primary education in Zambia; perhaps another 50% of schools are state funded, and there is a small elite private sector. My three-week tour entailed my working in Lusaka during the Easter holidays with Lyn and local teacher trainers; we trained 26 local community school teachers in a classroom in a private Catholic school. 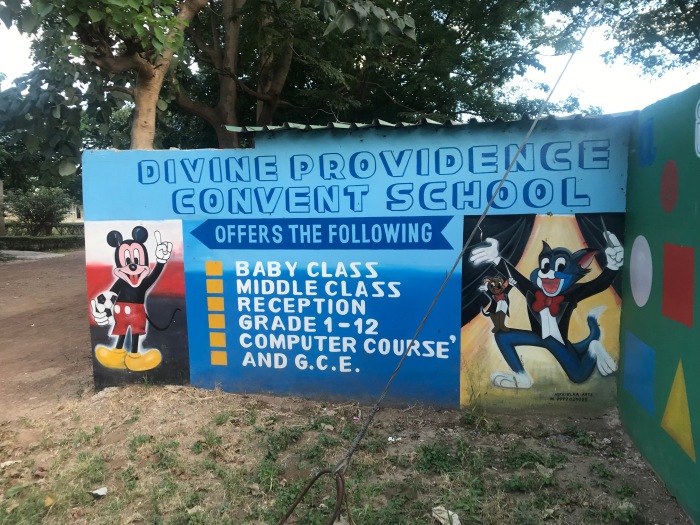 Despite my career as a teacher of English in both the UK and the US, during which I wrote a doctoral study of adolescent literacy practices and became the editor of an International journal, I was apprehensive at the prospect of volunteer work in Zambia. I had never worked in Africa, I had never taught children of primary school age, and I had never trained teachers of such children. I felt almost totally unprepared.

Like the callow trainee I had been 50 years earlier, I turned to the textbooks and other materials provided. TTCSZ has a good collection of books about teaching in Africa, and Lyn has worked with previous volunteers to flesh out the Zambian statutory syllabus with detailed schemes of work. Amongst the teaching approaches recommended, I recognised Pie Corbett’s ideas on teaching writing in the primary school, along with material from the UK national literacy strategy on the teaching of early reading through phonics. My work involved not only training teachers on methods of teaching English also on the theory and practice of learning. Here the TTCSZ resources were especially strong, providing clear and interesting ideas and activities to develop trainees’ understanding of the ways in which young people learn.

My daily schedule started at 8:45 in the morning, when we shared breakfast with the trainees. The first session, from 9:30 until 12:00, concerned the teaching of English. After lunch, the second session, from 12:30 until 14:30, focused on learning theory. Then, after a short tea break, I worked with Lyn and other volunteers to instruct the trainers in ICT skills. TTCSZ provided laptops for these sessions: there were no computers in the community schools, and few of the trainees had a laptop at home, although nearly all owned a simple mobile phone. The day finished between 16:30 and 17:00, but the teachers seemed reluctant to leave, and most arrived in the morning well in advance of the scheduled start.

The first session on the first day started with introductions and and an overview of the two weeks’ training. The teachers learned that they would be assessed at the end of the second week by giving a short lesson to the group on a teaching topic of their choice; they had to complete a detailed plan for this, with rationale for each activity and its sequencing. This initial session lasted for about an hour, and then Lyn introduced me as the volunteer English teacher from the UK.  I read Michael Rosen’s ‘We’re going on a Bear Hunt’ to them and spoke briefly about the unity of English: that speaking, listening, reading and writing were not discrete “skills” but different facets of meaning making.

But it was not my English teaching that got me into the swing of teaching in Zambia and reassured me that I would succeed in what I had undertaken. Early in the first week, while teaching the second daily session, on learning theory, I suddenly felt inspired. I had already noticed the strong oral disposition of the trainees. Some of the initial sessions were taken by local teachers who have completed the TTCSZ training in previous years; the trainees responded to these almost as if they were in church, repeating the tutors’ more portentous statements and participating in enthusiastic performance of sound-letter correspondences, poems and songs. So, when I approached the theory of learning, including its humanistic, behaviourist, constructivist, visual, audio, and kinaesthetic facets (the last three collectively known as V.A.K), it suddenly occurred to me to summarise these in song:

Very simple, but it provided an aide-memoire to the class, who enjoyed repeating it. I forgot about this ‘song’ in succeeding sessions, but was gratified to find the trainees repeating it as part of a tribute on their last day.

The reason for the teachers’ strong oral disposition became clear to me as the week went on. As I suggested above, it was evident that practices of church attendance influenced their teaching styles. I was aware that some of the trainees were also church ministers; indeed, one drew out in conversation the verbal similarity between “preacher” and ”teacher”. These would have gained an income from the church that would offset the little or no payment they received from their school. I was struck also by the enthusiasm with which the trainees from earlier years (who were working as tutors alongside us) had adopted the UK national literacy strategy recommendations that pupils should use sound and gesture to reinforce their learning of letter-sound correspondences. They would exclaim <a> as in <ant>, running their fingers up and down their arms to simulate a pincer movement of ants; or wave their arm in the shape of an <s>, while making the hissing sound of a snake. But this came from more than a liking of performance. I realised, after speaking to teachers during the first few days, that their schools had few if any books. To motivate and involve the students, sometimes in book-less classes of 50 or more, oral and gestural rituals were invaluable. 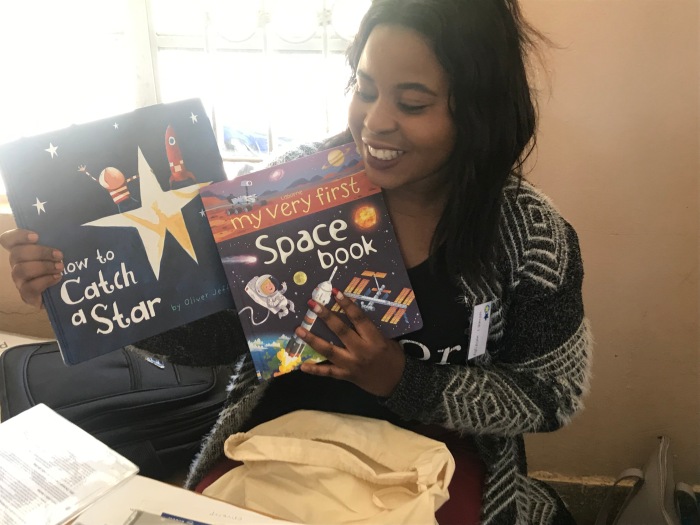 I slowly came to realise that the teachers’ enthusiasm for the work, and their obvious liking of their visiting tutors from England, derived from our offering them a vision of a world where books and facilities were plentiful and teaching approaches correspondingly sophisticated. Every day, we took into the classroom several large boxes of picture books and other resources; they were delighted to receive sacks of books and learning resources prepared by Education students at Huddersfield. We involved them in group discussion, making presentations and other activities that are, let us hope, still common in English primary schools despite the attempts of government to reintroduce a Victorian regime of drills and skills. One headteacher in particular, who I learned later ran possibly the most deprived school in Lusaka, with neither electricity nor water, was passionately committed to her pupils and hungry to learn progressive ways of working.

This realisation, towards the end of my first week, gave me the spur and knowledge I needed to complete my work in a way I knew would be valuable. I would indeed be able to teach English as a unified subject, and encourage the teachers to be proactive in their extraordinary difficult situations. If the schools lacked books, we would make them. The teachers would engage in meaningful writing and produce resources for their pupils and themselves. We would draw on both personal experience and cultural tradition, and the intersections between these. English lessons became occasions when the teachers told each other and then the whole class significant moments from their lives, and then wrote them in whatever narrative or poetic forms they chose. They also used me and each other as their audience for traditional stories that often featured mythological human/animal characters.

By the beginning of the second week, we were nearly ready to make books. At Lyn’s suggestion, we bought several roles of plain anaglypta and cut them to make multiple-paged “big books”. The two and a half hour session when the teachers worked on these had an atmosphere of collaborative concentration that any hard-pressed UK teacher would die for. Because we had spent several hours in preparation before the teachers finally wrote up their stories, many of the books were very well-designed, interweaving text and image appropriately. However, most of the stories were very unlike stories written for children in the west. Poverty, illness and death (sometimes associated with HIV) were not unusual themes; in some stories, but by no means all, God or a sprit was invoked as a support. It was clear that, in Zambia, stories do not necessarily end happily.

I photocopied every story and hope to publish some of them to raise money for the community schools. The teachers gave me and Lyn a wonderful send-off, with singing, dancing and presents: I have never felt so appreciated as a teacher. They asked us: “When will you come back?” – and I hope to return next year. Given the degree of poverty amongst these schools and these people, it is very encouraging, especially in these times in the west, to see the spirit of hope and productiveness that sustains teachers and pupils in conditions that we would find less than intolerable. But it is also an indictment of the state of the world that these appalling disparities are allowed to continue.