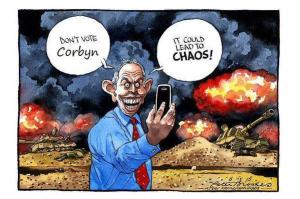 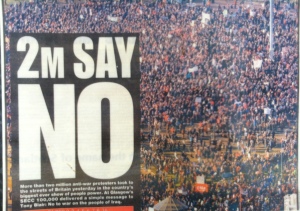 I’m writing just before the announcement of the result of the Labour Party leadership election.  Press and politicians continue to express astonishment that the Blair project is so strenuously rejected by the many people who are voting for Jeremy Corbyn. One of the attractive features of Corbyn is that he proposes to listen to the wishes and concerns of those whom he represents. Six years after coming into power, Blair led the UK into a war which was patently unlawful and unjustified. Two million people – approaching 2% of the population – protested outside the Houses of Parliament. I was one of them and I wrote this poem at the time. Just as the unwarranted attack on Iraq has led to unprecedented strife, chaos and bloodshed in the Middle East, Blair’s collusion with George W. Bush, in the face of all plausible evidence, is now reaping the whirlwind for the Labour Party. We want an administration that will respect the needs and wishes of the people of the UK and the wider world. 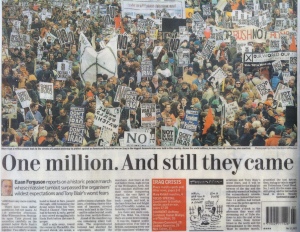