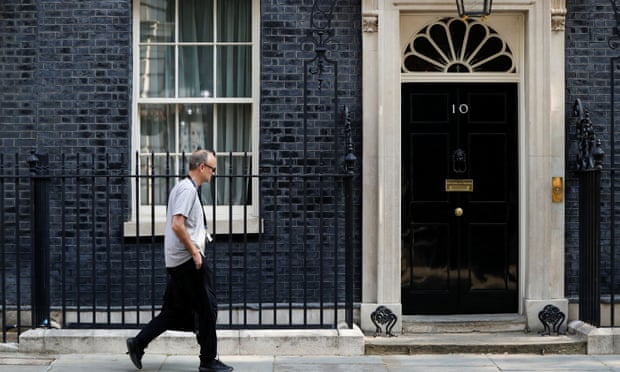 The Government is advertising for the head of a new “analytical unit” in Downing Street to be called 10ds.  “ds” stands for Data Science, but could, of course, mean Downing Street itself.  The role and person specification read as if written by Dominic Cummings:

10ds is a pseudo start-up within Number 10 designed to drive forward the quantitative revolution. The current plan is to establish a data engineering team, data science team, a skunkworks and an analytical deep dive unit.

A skunkworks, according to Everett Rogers, is an “enriched environment that is intended to help a small group of individuals design a new idea by escaping routine organizational procedures”.   The term originated during World War II when a small group of closely guarded Lockheed R&D workers working in Burbank, California had to endure the smell from a nearby plastics factory.

The term typically refers to technology projects developed in semi-secrecy, and so it is surprising to be told that this unit will be at the heart of No 10.  It will bring together

a team which will focus on supporting number 10 to provide the best analysis and evidence; a data science team to help serve long time problems and empower its use across Whitehall; a data engineering team to provide high-quality timely data, creating more effective decision-making.

Elsewhere in the document, the  term “skunkworks” appears to embrace the whole operation.  The vision of 10ds is “a skunkworks type organisation that builds innovative software to allow the PM to make data driven decisions and thereby transform government”.

It appears that the Head of the Unit will have privileged access to the Prime Minister “to advise on the PM’s priority decisions where analysis is critical, such as how to optimally achieve net-zero”.  He or she will also be expected to be creative, “to look through a different lens”.  A key part of this role is “working with multiple teams in coming up with modern innovative ways of solving the problem”.

Besides creativity, there must be scientific method.   “This role focuses on reaching the right answer based on the best available data. As such, this role prioritises data interpretation not data fitting.”   This sounds right, but data are never neutral.  The data available depend on who has provided them and for what purposes.  How will this new unit improve on existing procedures of data collection and analysis?

The document preserves an air of semi-secrecy by its vagueness.    What, for example, is the referent of “its” in “a data science team to help serve long time problems and empower its use across Whitehall” (the long quotation above)?   More importantly, what will be the relationship between the skunkworks and the existing Civil Service, which deals with public administration, and with the Office for National Statistics?

Dominic Cummings clearly wants to reinforce his power base at the heart of government.  But it looks as if this new unit could be another distraction from the true business of government.

Join 903 other followers
Follow Living in the future present on WordPress.com